Like many of her students, the medical school bug bit early

Chances are, when Dr. Mari Brodersen’s father declared the importance of reading classic literature by bringing home the Syntopicon for her and her siblings, he likely never anticipated that it would open the door to her becoming a psychiatrist. 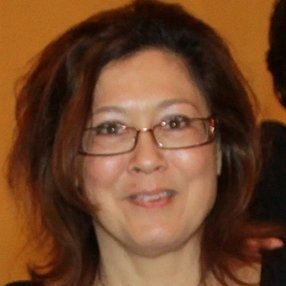 If you aren’t aware, the Syntopicon is the famous set of 200-plus books, which rose to fame in the 1950s, considered the greatest books and ideas of the Western world with authors the likes of Aristotle and Darwin, Tolstoy, Milton, Shakespeare, and Homer. The complete writings of Dr. Sigmund Freud are also included. Dr. Brodersen read them when she was 12 and wrote a paper on his work in seventh grade. From then on, becoming a psychiatrist was always at the back of her mind.

“I grew up in a small town in Arizona,” she said. “There were a couple of people in town who always intrigued me. One man had been ‘shell shocked’ in World War II. He was very nice, but everyone knew he ‘wasn’t quite right.’ There was also a girl in my school who was intellectually disabled, and I always wanted to know more about why.”

Despite her early interest in psychiatry, like many of the OUM students she teaches, “life happened.” Dr. Brodersen got married and had a son. When her son was two years old, she began her undergraduate degree. She attended Northern Arizona University (NAU) where she earned a BS in Biology with an emphasis in Behavior, Genetics & Chemistry.

“I was fortunate to have a supportive family who were very helpful while I was in college,” says Dr. Brodersen, and as one of the first undergraduates at NAU to be awarded a research grant, that support was important. She conducted an experiment, recorded results, and wrote the subsequent paper, “Maternal Behavior in Hypoglycemic Rats.” Dr. Brodersen also wrote “Perceived Beauty and Mental Health,” a resource paper which was used in NAU’s Abnormal Psychology course.

The decision to attend medical school offered an additional set of challenges for Dr. Brodersen and her family, largely logistical. She had become especially interested in osteopathic medicine, attracted to its more holistic approach, alternative healing modalities, and osteopathic manipulative treatment. So, when her first acceptance turned out to be from the Michigan State University College of Osteopathic Medicine in East Lansing, Michigan, she decided to go to medical school almost 2,000 miles from home.

Medical school then became a family affair. Dr. Brodersen, her husband, and six-year-old son packed up and moved to Michigan for the next four years. As she began medical school, her husband also found a job at Michigan State.

Again, parallel to her OUM students, Dr. Brodersen had a very full plate in medical school. She had three jobs, specifically, graduate assistantships: (1) assisting with the writing of a textbook for the Educational Council on Osteopathic Principles, (2) recording statistics for Native American health care in Michigan, and (3) serving as Native American Coordinator for Michigan State University’s Coordinated Minority Students Program. She also wrote a paper regarding “Children and Grief” which became a resource provided to medical students completing their Pediatrics rotation.

“During the first two years of medical school, a friend and I ran a scribe service for students who didn’t want to record and write class notes when it was their turn. I wrote out the class notes in long hand and my friend typed them. For a fee, of course,” Dr. Brodersen says.

Upon graduation, she and her family returned to Arizona for her psychiatry residency at Maricopa Medical Center in Phoenix.

“I was very happy to see mountains again and to be able to spend all my holidays with family again,” says Dr. Brodersen. (Side note: two OUM graduates also have completed their psychiatry residencies at Maricopa.)

Throughout the next 20 years, she built a thriving career as a psychiatrist, first moonlighting for a mental health agency during her residency. After completing post graduate training, Dr. Brodersen focused on her private practice in Scottsdale (AZ), largely serving adult outpatients. She also spent a year working for a community mental health center in Payson and eventually began volunteering at a women’s center. There she provided client assessments and coordinated education and training of peer counselors and client advocates. This became Dr. Brodersen’s introduction to teaching. One of the clinical staff was a nurse practitioner who was also in medical school at OUM.

“I was intrigued by OUM’s online curriculum. I asked my friend, ‘Do they need a psychiatrist?’ Come to find out they did. I spoke with Dr. Cunningham* and joined the faculty in 2015,” says Dr. Brodersen, who is now an Academic Advisor, Clinical Advisor, Associate Director for Student Advising, and Clinical Course Director for Psychiatry. As a Certified Life Coach, she is also called upon to help students who may be having issues with medical school and its associated stress.

“I’ve always found life coaching interesting. It is much different from psychotherapy, which deals with the past and its impact on the present,” she says. “Coaching focuses, instead, on the present and the future. It is much more active than therapy because the coach helps the client establish goals – the more concrete the better – which helps the client formulate action steps to achieve them. The client is then accountable for how much progress he or she makes.”

Dr. Brodersen finds OUM to be a very positive work environment for faculty, one that is respectful and collegial, adding that faculty peers are especially willing to help each other, as well as their students. That focus on student success and well-being continues to motivate her.

“We have a special group of people who are all committed and working toward the same outcome – the success of our students. It’s easier to work with people when you all have the same goal,” says Dr. Brodersen, also citing the weekly meetings students have with their Academic Advisors as another notable student resource. “When I was in medical school, you saw your advisor once a year, which didn’t provide much continuity.”

Dr. Brodersen finds that together with faculty, students are very focused on reaching their goals.

“There is much less ego involved than with the mid-20s medical student,” she says. “Since a lot of our students have families and most have already had successful careers, they are more confident and know what they want to do. They’re definitely a more mature group than traditional medical students.”