Small town values drove his commitment to medicine and to teaching

A lifelong educator and OUM Academic Advisor for nearly three years now, Dr. Greg Tan was the former Professor and Head of Biomedical Science at the University of Notre Dame Australia (UNDA). He has spent nearly 40 years in academia, studying, teaching, and publishing research on reproductive physiology, infertility, and medical education. 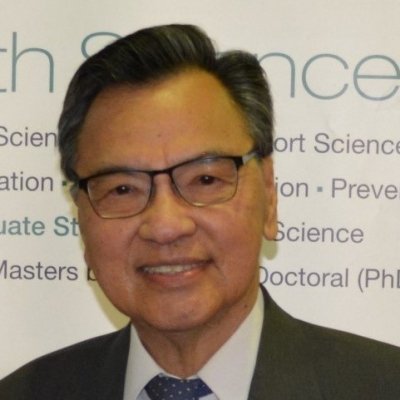 As a young man growing up in the small town of Kuala Terengganu, Malaysia, Dr. Tan likely never envisioned the life he has led. The town then had few main roads and many ‘kampongs’ (villages) and its residents were largely fishermen, farmers, and small business owners.

“There was no television, until I was around 16, and the only forms of entertainment were black and white films and the occasional visiting ‘fun fair.’ My exposure to the ‘outside world’ came from my schooling, listening to vinyl records, and movies,” he says.

He remembers many festivals which celebrated the Malay, Chinese, and Indian cultures of his family and neighbors. Growing up in such a diverse setting, watching people learn from and respect one another, also made Dr. Tan understand people of different traditions and customs. 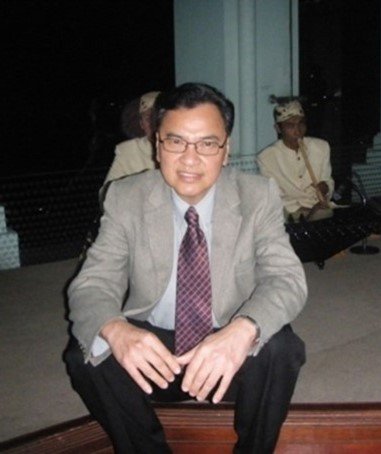 “Each day, I saw people working and helping each other. My parents had a small shop where I helped after school. I watched them work hard and never complain. My childhood experience had a great influence on my values and personality,” he says. “On looking back, my heritage taught me to be humble and simple.”

Other than loving to swim and fly kites, Dr. Tan said he didn’t play outside a lot. Most games were homemade, but he instead liked strategic games where he needed to think. He learned to play the guitar and eventually started a band, listening to many records to build up a repertoire of songs.

“Whether it was swimming or playing instruments, I was always self-taught. Necessity is, after all, the mother of invention. Unknowingly, I had developed my own version of self-directed learning,” says Dr. Tan, with a nod to the OUM curriculum.

His eventual interest in science, he says, was more by default than by choice. In those days, Dr. Tan says the better students were directed toward science disciplines. His favorite subject during lower secondary school was Physics.

“I had a Peace Corps teacher from the United States who supervised me in making a Tesla Coil for a school exhibition,” he says. “I was fascinated by how a fluorescent lamp could be lit up by the coil. From there, I began building radios using crystals to detect radio signals. It was late in secondary school that I got interested in Biology.”

He began breeding and rearing fish at home as a hobby, learning a lot about fish spawning behavior. He also liked to draw flowcharts and diagrams on biological processes.

Dr. Tan eventually attended the University of Science Malaysia where he earned his BSc with honors. From there, he went to Wellington, New Zealand for Master’s study in Physiology at Victoria University. His research there on hyperprolactinaemia and reproductive functions started his first thoughts about medicine.

“On my return to Malaysia after completing my MSc, I was offered an academic position at the University of Malaya Faculty of Medicine. I wanted to continue research, but in a clinical field, so I accepted a Teaching Scholarship from the University of Queensland to pursue my PhD in the Department of Obstetrics & Gynecology, studying the human corpus luteum, looking at the mystery of intraovarian controls,” says Dr. Tan. During his doctoral studies, he was a Physiology tutor, which he says launched his interest in medical education.

After earning his PhD, he continued his academic tenure in Physiology. His interest in infertility led him to take up the position of Scientific Director at an in-vitro fertilization center in Perth, until he was asked to assist in establishing the International Medical University (IMU) in Malaysia. Dr. Tan was involved in the medical school’s initial accreditation, was a Professor of Physiology, and played a major role in development of its first preclinical curriculum. “Problem-based learning (PBL) was a big part of that first IMU curriculum,” he says.

“I am passionate about Physiology and about medical education. At the time we were designing the curriculum, many medical schools were undergoing changes and I needed to find a process which would suit our overseas partner schools. I felt the only solution was ‘teaching the students how to learn,’ which PBL provided, challenging students to find solutions to real-world problems. PBL has always been my hobby horse, my passion,” he says. “To me, PBL is both an educational pedagogy and philosophy.” He currently holds the position of Country Representative (Australia) and is an EXCO member of the Asia-Pacific Association on PBL in the Health Sciences.

Dr. Tan’s leadership and curriculum development experience eventually brought him to UNDA as it was establishing its medical school. He became the founding Head of the School of Biomedical Science until his retirement in 2017. He then took up the position of Adjunct Professor doing sessional teaching at the School of Medicine and at Widya Mandala Catholic University in Surabaya.

Winding down? Maybe not.

“I thought I was retiring but found it difficult to break away from academia. I wanted to continue helping students. Interestingly, I first knew of OUM from a conference in Singapore during the 2000s where they had an exhibition stand, and at that time I was developing the Virtual Medical School for IMU as its Associate Dean. Years later, I was mentoring a former student who happened to be studying at OUM,” says Dr. Tan. “I ended up writing to Dr. Scott Cunningham to express my interest and later met with Dr. Paula Diamante. I thoroughly enjoy my role as an Academic Advisor and feel that OUM students are very fortunate to have one throughout their medical school years,” he adds.

“Teaching students how to learn is like ‘teaching them how to fish,’ a life lesson which is integral to studying and practicing medicine,” he says, as he continues to hover around retirement. “Like all trains, there is a last stop,” says Dr. Tan, “and I am delighted that mine may be ‘Station OUM.’”