Growing up around horses – and medicine 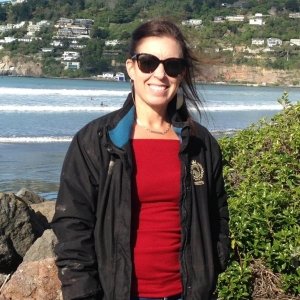 Whether in her adopted home of New Zealand or in her native South Carolina (US), OUM’s Dr. Lillian Bonner says people are curious where she is from.

“When I’m here in New Zealand, people think I’m from somewhere else. When I’m back in the States, I’m teased about my accent,” says Dr. Bonner, who grew up in South Carolina and has lived in NZ for 13 years.

An Academic Advisor at OUM since 2015, she earned her undergraduate degree in Animal Science from Clemson University and graduated from the University of Georgia College of Veterinary Medicine, accepting a position as an equine vet in Christchurch, NZ soon after. She continues to direct her own practice specializing in equine sports and internal medicine, also utilizing animal biomechanical medicine and traditional Chinese veterinary medicine to treat chronic illness and difficult lameness issues.

So, a DVM at a medical school? Not unusual. Research institutions have many veterinarians on staff to care for the animals housed throughout campus – every human disease has an animal model. For example, the respiratory system of baby pigs mirrors that of the premature infants in a neonatal intensive care unit. Sheep lungs aid in adult asthma research.

“Basic science study is largely the same for vet and medical students,” says Dr. Bonner. “We both study biochemistry, pharmacology, physiology, immunology, microbiology, pathology, and many other disciplines. We even use a lot of the same drugs, with obvious dosage modifications.”

But Dr. Bonner also has “history” in the medical field.

“My father was a physician and our whole lives revolved around his practice. He was a GP, eventually evolving into a Geriatric Medicine specialty,” says Dr. Bonner. “I routinely did hospital rounds on Saturdays with my dad.”

She would keep certain patients company while her father was in parts of the hospital where children weren’t allowed, she says, commenting that she developed a bedside manner quite early in life. Dr. Bonner says that this was a time when doctors still made house calls and her dad did a lot of them.

As an equine vet, she has a mobile practice and says she picks up clues and learns a lot about patients’ health from the environment they live in, just like her father did during house calls.

“In some ways, being around medicine gives me a way to reconnect with my family and with my childhood,” says Dr. Bonner.

So why not medical school for her? “I liked to be outside too much,” she chuckles. “I grew up around horses. After Clemson, I trained horses and managed a horse farm. Three years later, I decided to go to vet school.” It may be that desire to make a career change that makes her relate so well to her advisees.

Dr. Bonner thinks what may be most non-traditional about OUM students isn’t necessarily age, but lifestyles and managing the associated stress. Their responsibilities are very different from those of students in a traditional medical school setting, and for OUM students the curriculum’s flexibility is especially important.

“Not only do most students work a great deal, but many even run their own successful businesses, some totally unrelated to healthcare. Then I watch others who not only continue to work throughout pre-clinicals, but they also take care of aging parents and extended family. They struggle with the balance and with the stress,” she says.

Dr. Bonner says she also finds that her advisees understandably struggle a bit when transitioning from their basic science studies into system-based modules. For her part, Dr. Bonner struggles with transitions, too.

“When my students move on to clinicals, I typically go through a little ‘grieving period.’ ”