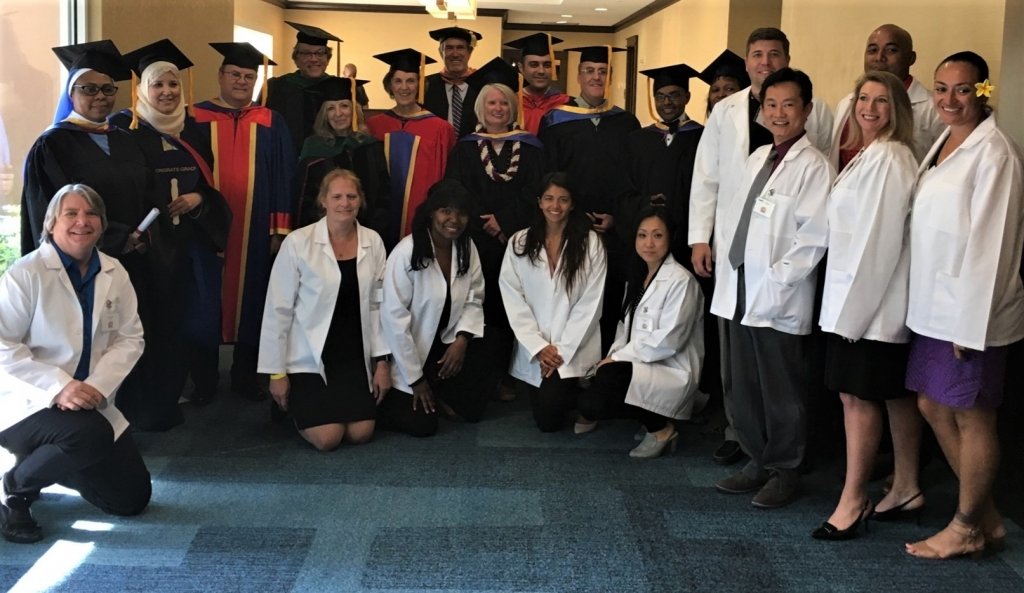 Seventeen Australians, three Kiwis, and two Samoans attended the online orientation on Saturday, 6 July. During the five-hour session, faculty, staff, and students told matriculants what they needed to know in order to get started at OUM.

The 10 new students attending the North American orientation session gathered in Houston, Texas, on 12-13 July to receive the same must-know information, meet faculty and students, and attend a formal ceremony to honor OUM’s newest graduates. Seven new students hailed from the United States, two from American Samoa, and one from the Dominican Republic. 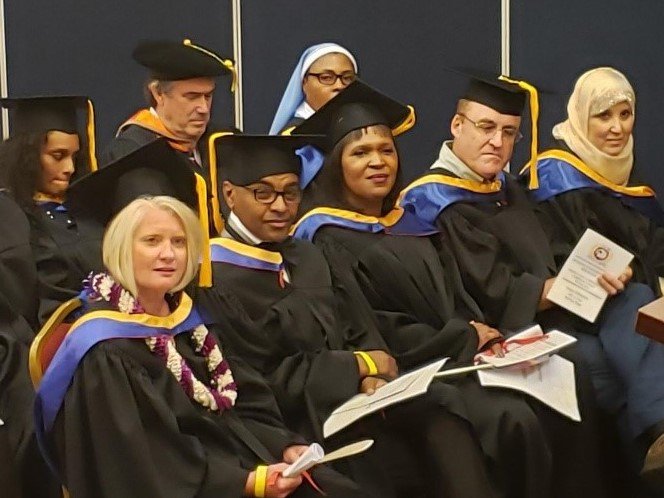 Graduating seniors included Garbia Belhajammar, Robert Duprey, Kerrin Flowers, Teddy Gebremedhin, Rebecca Jackson, and Mary Claret Nze. Each of the graduates spoke briefly at the ceremony to thank their families and the OUM faculty and staff.

True to OUM’s diversity, the incoming class represents 16 birth countries and six countries of residence, while speaking 12 languages. A diversity of clinical professions is represented, including six nurses, three each of paramedics and pharmacists, two each of scientist/laboratory assistant and podiatrists, as well as a nurse practitioner, nurse anesthetist, physician assistant, physiotherapist, respiratory therapist, and sonographer. Non-clinical professions included five managers in different areas of healthcare as well as an athletic trainer, chaperone, engineer, instructor, and a research associate.

Consistent with OUM’s overall student body, 17 new students are female and 15 are male. The average age of the new students is 38, ranging between 23 and 64.

Most Australia-New Zealand-Samoa students began their first e-Foundation course on 23 July, while most in the North American group began 5 August. All were in the Biochemistry or Physiology modules.