Posts will strengthen clinical curriculum and resources for Australian students

Responding to changing student demographics – Australian students now make up more than half of its student body – Oceania University of Medicine has named two Associate Deans for Australia. Both faculty members will work within their respective specialties to develop more clerkship sites where OUM students are able to complete their clinical rotations. 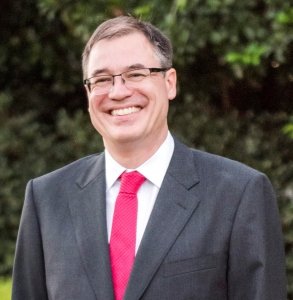 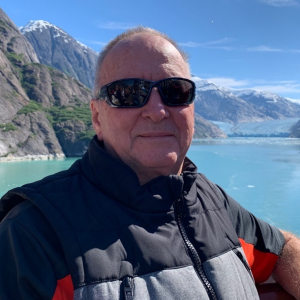 “Now that Australia is home to more than half our students, these faculty leadership positions are being added to expand our network of resources and provide more assistance to Australian students in finding good clinical placements in their home country,” says Professor Hugh Bartholomeusz, OUM’s Dean for Australia, adding that the planned three-prong approach will involve arranging placements in the Ramsey Health Care network, working with university medical centers that allow our students to access their elective rotations, and further cultivating our existing hospital contacts.

Based in the Brisbane area, both associate deans will initially focus on establishing and maintaining productive relationships with hospital medical education directors and clinical clerkship preceptors in their specialties, to obtain internal medicine/surgical and sub-speciality clinical clerkships on behalf of OUM students. Drs. Mackay and Rickard will also facilitate the hiring, orientation, supervision, and evaluation of Clinical Student Advisers, the team of faculty members assigned to guide and support each OUM student through his/her clinical clerkships. The associate deans will also discuss and track student progress with advisers and monitor further evolution of both surgical and internal medicine clinical training.

“With their clinical experience and colleague contacts throughout Australia, we are fortunate to have Dr. Mackay and Dr. Rickard join us at OUM,” says Viali Lameko, MBBS, MPH, OUM Vice Chancellor.  “Strengthening these hospital relationships during the clinical curriculum will hopefully evolve into more post-graduate internships for our students, as well.”

Dr. Rickard continues to practice as a General & Acute Medicine Specialist at St. Vincent’s Private Hospital Northside and Brisbane, as well as Northwest Private Hospital. He was a Specialist Physician/Senior Medical Officer at The Prince Charles Hospital and eventually Clinical Director of its Emergency Department. He has held Senior Medical Officer or Senior House Officer positions at Caboolture Hospital, Gympie General Hospital, and Royal Brisbane and Women’s Hospital. Dr. Rickard has been involved in a number of research protocols involving evaluation of drug therapies aimed at slowing Alzheimer’s Disease progression. He also does medicolegal work giving expert opinion in his specialty.

Beginning his formal education with two bachelor’s degrees, a Bachelor of Science in Anatomy from The University of Melbourne and Bachelor of Engineering in Electronics from the Royal Melbourne Institute of Technology, Dr. Rickard was Chief Biomedical Engineer at Alfred Hospital, in charge of equipping and commissioning Australia’s first trauma center. He earned his MBBS at The University of Queensland and is a Fellow of the Royal Australasian College of Physicians, General and Acute Medicine.

Earning his BSc (Med) in Canada at the University of Saskatchewan, Dr. Mackay earned his MBBS from The University of Queensland and is a Fellow of the Royal Australasian College of Surgeons, Pediatric Surgery. As OUM’s Clinical Course Director for Surgery, he will serve as a content expert, set learning objectives, conduct orientation and content lectures, and design examinations and other evaluations.