OUM’s governing body, the OUM Council, has named Drs. Randell Brown and Scott Cunningham, long-time leaders for OUM, as University Professors. The third professor is the new Dean for Australia, whose appointment will be announced separately.

“OUM is blessed to have such strong academic leadership. Drs. Brown and Cunningham have helped shape OUM to the institution it has become,” says Taffy Gould, OUM’s founder and Chairman of the OUM Council. 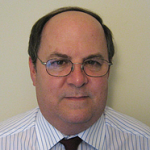 Deputy Vice Chancellor Randell Brown, PhD, joined OUM in 2012 as an instructor for Biochemistry, a course he still teaches today in addition to his numerous administrative roles. In 2014, he became Associate Dean for Basic Sciences and in 2015, he was named Deputy Vice Chancellor and Chief Academic Officer. Dr. Brown came to OUM from Pennsylvania State University where he was an Associate Professor and earned his doctoral degree from the University of Texas.

“Professor Brown embodies the excellence that OUM seeks in every faculty member,” says Ms. Gould. “He receives top evaluations from his students, follows through to ensure that they are meeting their objectives, and has proven to be an exemplary leader of faculty and students.”

Professor Cunningham joined OUM in 2009 as a curriculum consultant to assist with USMLE preparation. He also served as Director of Medical Education and Chief Academic Officer. In 2015, Dr. Cunningham was named Director of Curriculum. Prior to joining OUM, he served as Dean for two Mexican medical schools and practiced for many years in Obstetrics & Gynecology. He earned his PhD in Immunology from Wake Forest University and his MD degree from the Uniformed Services University of the Health Sciences, after which he served in the US Navy. 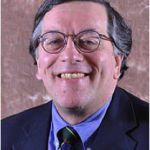 “The innovative curriculum we have today is thanks to Professor Cunningham,” says Ms. Gould. “Molding a program to meet the diverse requirements of the countries of OUM’s students is no small feat, especially when delivered through distance learning. A creative approach is critical.”

To attain the rank of Professor at OUM, a faculty member must have an MD or MBBS (with Master’s in a medical specialty) with license to practice in one of OUM’s principal countries and board certification (or membership in the appropriate Royal College, if applicable) in any specialty with at least 15 years teaching experience at the medical school level. Faculty members with a PhD in biomedical subjects must have at least 20 years teaching or research experience at the medical school level. The candidate must have substantial publications and academic presentations (40+), including at least 10 as lead author. Successful nominees must be approved by the Faculty Promotions Committee and the OUM Council.

The Faculty Promotions Committee reviewed the nominations in June and passed along their recommendations to the OUM Council, which ratified the nominations on 1 July. Representing five countries, the diverse membership of the Faculty Promotions Committee includes Drs. Lillian Bonner, Mari Brodersen, Daria Camera, Ramesh Gopalakrishnan, David Holtzman, and Nicolette McGuire.