FROM THE SHADOWS OF MAYO CLINIC . . .

. . . to the challenge of wilderness medicine

It is hard not to think about medicine when you live in Rochester, Minnesota (USA) — home of the Mayo Clinic. Third-year OUM student Sarah Spelsberg grew up in Rochester – expecting she would go to medical school one day.

“Healthcare was engrained in the culture,” says Sarah, whose father was a professor of biochemistry and molecular biology at Mayo. “My dad worked there, my friends’ parents worked there, my neighbors were grandkids of the Mayos’.” Medicine was unavoidable. 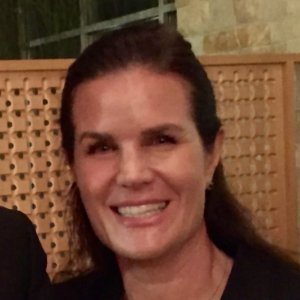 One of the first hints that Sarah was likely headed for medical school was a research project she conducted – in the 6th grade.

“I was worried about how much coffee my dad was drinking, so I set out to show him how many carcinogens were in all that coffee,” she said. Growing up in the shadows of Mayo had its advantages because a friend’s parent helped her look at the coffee using a high-performance liquid chromatograph in his lab. “I turned out to be wrong. In the end, there are more carcinogens in a banana than there are in coffee.”

The second hint: In 10th grade, Sarah had her first IRB experience, partnering with Mayo Clinic Sports Medicine faculty, Dr. Aynsley Smith and Dr. Thomas Rizzo, on a research project titled “Reasons for participation in sport from the perspectives of the children, parents, and coaches.”

Skiing to her patients

After high school, Sarah headed to the University of Wisconsin-Madison where she earned a BS in Psychology/Neurobiology, focused on primate behavior. (“I love monkeys,” she says.) Soon after, she moved to Colorado where she could climb and ski and spend a lot of time outdoors while she decided what came next. A number of the friends she made turned out to be first responders.

“They recruited me into search and rescue work and helped me get my initial EMT and rescue certifications. I had always had interest in emergency medicine, but here I got to climb and ski to the patients I cared for. It was the most exciting and rewarding work I’ve ever done,” says Sarah, who was a Search & Rescue EMT for San Miguel County, then an EMT for the Telluride Fire Protection District and Telluride Medical Center.

She embraced the growing specialty of wilderness medicine, which in providing emergency care in remote settings, has rapidly evolved as more people hike, kayak, climb, and participate in potentially hazardous activities in locations that can be off-the-grid. Sarah became certified and has been an assistant instructor of Advanced Wilderness Life Support, Avalanche Safety, Low-to-High Angle Ropes Rescue, and Swift Water Rescue. Today, she is a Fellow of the Academy of Wilderness Medicine and holds membership in the Undersea and Hyperbaric Medical Society, American Alpine Club, and the Wilderness Medical Society.

While Colorado was originally intended to be a gap year, Sarah says the search & rescue and ambulance work were way too amazing to leave. Then, a few years into it, she unfortunately got injured. 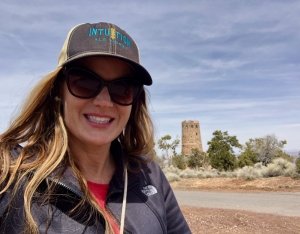 “While I did recover, I was no longer able to climb the way I previously did and wasn’t able to transport patients and carry heavy loads like I once could. So, I started thinking about what my next step might be,” says Sarah.

At home with Mayo

She decided to become a Physician Assistant. After earning her degree at Barry University in Miami, Sarah secured a job at the Mayo Clinic in Jacksonville, Florida, advancing through the system. She enjoyed her work. 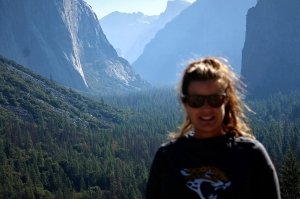 “Being at Mayo felt like home. I had grown up understanding their service value and research, which were also important to me,” says Sarah. She worked in the orthopedic surgery department, largely in hip preservation and sports medicine, and eventually was Program Director of Mayo/Jacksonville’s Physician Assistant Clinical Education. “I had a fantastic job.”

But, throughout the nearly 14 years she spent at Mayo, Sarah missed wilderness medicine. On top of that, even back in PA school, she had already begun thinking that she wasn’t doing enough for her patients. She wanted to know more and do more, but says she was usually so busy at Mayo that she didn’t have time to read and dig for information.

At some point, while Googling PA-to-MD bridge programs, she found OUM’s MD program. But she continued to ask herself “Do you really want to walk away from Mayo Clinic?” Sarah says her OUM application sat half done for about six years. Throughout that same time, she also thought about returning to wilderness medicine.

“In tertiary care, you triage and refer. You send your patient to the ICU, get a surgical consult, etc. But I wanted to make the hard decisions again about vents and transport. I wanted to be far enough away that if patients needed to be medevac’d, I went with them,” says Sarah.

About four years ago, the stars aligned. In addition to beginning OUM’s MD program in 2017, she also began part-time work in order to accommodate her study schedule, largely at the Iliuliuk Family and Health Services in Dutch Harbor, Alaska, in the Aleutian Islands, on the Bering Sea – 1000 miles from the closest hospital.

According to the US National Oceanic and Atmospheric Association (NOAA), Dutch Harbor has been the top US fishing port with regard to revenue and volume for 22 consecutive years. That is especially significant for a town of approximately 4,000 residents that grows to more than 10,000 during the primary fishing season. Sarah works in Dutch Harbor during the busiest months of fishing season, at a clinic staffed by doctors, NPs, PAs, and a CNM.

“This level of emergency care is my roots,” she says. “I have transported a patient in a helicopter past an active volcano. I have medevac’d a critical patient in a Coast Guard C-130 aircraft.” Sarah was also told in recent months that she has treated more eagle attacks than any provider in Alaska. Spending 96 hours each week on-call may have something to do with that.

And when she’s not treating patients, those slow on-call hours are dedicated to OUM studies, says Sarah. As with many of her classmates, Sarah chose OUM because of the ability to keep working during pre-clinicals.

“I did not want to lose my clinical skills or allow them to get rusty, which was why a traditional medical school setting would not have worked for me,” she says. “I worked very hard to build those skills and I wanted to keep them strong.”

Sarah adds that her OUM admissions interview cemented her choice of schools. While she had expected it to last 15 minutes, it lasted an hour and a half, she says.

“I could tell that OUM was invested in its students. The interviewing faculty members wanted to know my opinion about things. They asked about my knowledge and why I wanted to become a doctor. The interviews I had at brick & mortar schools were a cattle call. They lasted four or five minutes and the answers to the questions they asked were all in my CV,” Sarah says.

She notes that it was the second or third 100 level course before she got into her study groove and has found her classes and instructors amazing.

“Dr. Herrmann stands out to me. She is very skilled at simplifying complicated information. Teaching is a gift,” says Sarah. She is also very complementary of her advisors and her mentor who helped her map out study plans. “Good mentors will help you rise to greatness,” she adds.

Having finished her system-based modules, Sarah is studying for her boards and expects to take USMLE Step 1 in the near future. Good, because it is fishing season, so she’s needed in Alaska.