CURIOUS, BUT TOO YOUNG

He could have finished medical school years ago

Second-year student Walter Ikealumba and his four siblings, two brothers and two sisters, were very close growing up. They needed to be. They moved a lot. He was born in Nigeria, also lived in Zambia and Namibia in Southern Africa, and moved with his family to Australia when he was 11 years old.

“We didn’t like moving so often. We felt like we were always making new friends, but we understood why we did it,” says Walter. His father was a GP and his reasons for making the moves were always two-fold: to be in an area which would provide better opportunities for his family and to bring more medical services to areas in need. 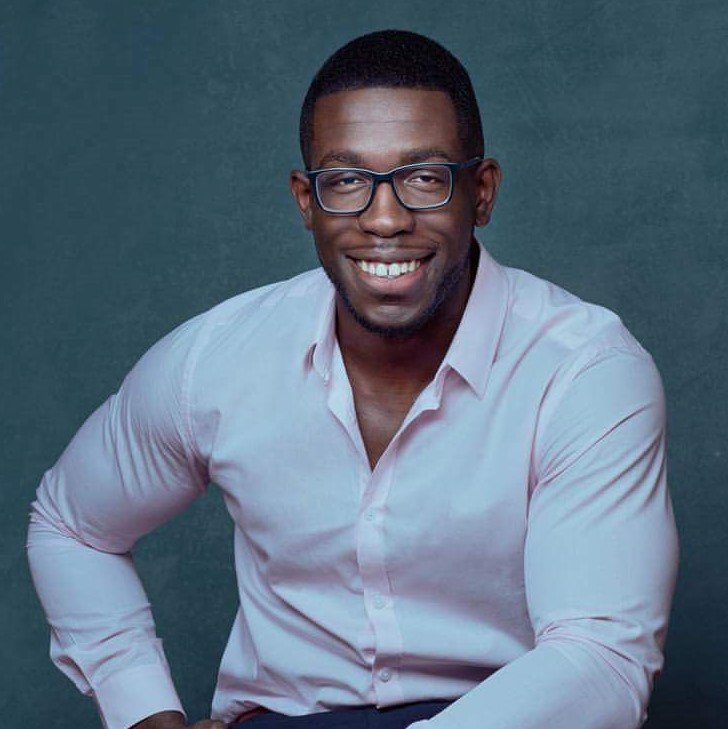 Not unlike many of his OUM student colleagues, Walter’s favorite subjects growing up were always Science and Math. He and his siblings were raised to be curious and to always do their best academically. That is the Nigerian way.

“Traditionally, children in Nigerian families are expected to study Engineering, Law, or Medicine – and nothing else exists,” he says. “I graduated from secondary school at 16 and wanted to go to medical school, but the uni said I was too young. They said I could study something else for one year, then start medical school. I chose engineering.”

But at the end of that year, Walter was committed. He liked engineering. After earning his BS in Mechanical Engineering from James Cook University in North Queensland, he was offered a scholarship to pursue his PhD in Chemical Engineering, which he earned from Curtin University in Perth. Then he returned to Nigeria for a year.

Nigerians who graduate from university are required to work with the country’s National Youth Service Corps for one year of national service before they begin their careers. The organization was founded in the early 1970s after the close of the Nigerian Civil War to encourage and develop common ties among Nigerian youth and to promote national unity. While the organization addresses infrastructure issues such as water and sewage facilities or roads, Walter’s engineering knowledge was used differently.

“I was assigned to a charity group focused on addressing socioeconomic needs,” says Walter. “They typically put you into an area outside of your specialty. As I was meeting with residents at elderly people’s homes, often in rural areas, I was very aware that health care needs were not well served. It got me thinking again about medicine.”

When he returned to Australia after his service year, Walter began working in engineering. He worked on the design of a fire-suppression system for workers in the coal processing industry. He also worked on a new bicycle transmission system, an alternative to chains and gears, called CVT, continuous variable transmission, looking at whether that technology could also be used in other areas such as farming or on helicopters.

His father knew of OUM

When he returned from Nigeria, Walter’s father told him about Oceania University of Medicine. He had known Nigerians who attended OUM.

“I was originally skeptical about the online curriculum but meeting both a graduate and someone who was going through the program helped to reassure me,” Walter says, adding that OUM’s affordability and flexibility were also attractive.

He did, however, apply to traditional Australian medical schools, but was frustrated by the time gap waiting for GAMSAT results.

“The timing of results was such that you may need to wait as long as a year to start a program, based on when you received test results,” he said, noting that some delays were even longer if results arrived after a medical school’s start date had passed. Walter applied to OUM in mid-2019, officially beginning in early 2020.

Continuing to work fulltime in engineering until beginning his System-Based Modules – he is now in his seventh, Neurosciences – he scaled back his work schedule and turned his attention to the flexibility of tutoring. He continues to tutor students from sixth grade to uni level in math and science disciplines, every day of the week.

A family of providers

Curiosity and a love of science has not been unique to Walter and his father. Both his sisters are nurses, and his mother has had an impressive cross-industry career path first as a teacher, then a guidance counselor, medical practice manager, and phlebotomist who returned to practice management. Since he has been exposed to a lot over the years, he sees his future specialty options as wide open. Considering his engineering background, one may think he would be drawn to orthopedics, but he is not.

“Had I gone directly to medical school when I was younger, I would have studied neurology because I was always curious about the brain. But since my father is a GP and dermatologist, I have come to see and value the wide range of conditions and ages he is exposed to,” says Walter, who is also well-aware of the need for more GPs, especially in rural areas. He also has a keen interest in health and exercise which further extends his range of specialty options.

His family’s common interests surely contribute to the encouragement and support they have provided to Walter who recognizes how important that can be.

“As someone who is single, I have a lot of respect for my classmates with families and fulltime work,” he says, adding that those considering medical school should prepare for a large amount of work. He also recommends that prospective students consider the realities of a largely online curriculum.

Walter has been fortunate to have members of his admissions cohort living within his geographic area.

“It can be easy to feel isolated. It is important to make an effort to find ways to interact and connect with other students, either in your cohort or near where you live. About twenty members of my cohort routinely catch up in a group chat. There are also about ten of us at various stages in the curriculum who meet occasionally for coffee in the Perth area.”

When the Samoan borders open up again, so students may fulfill their four-week elective rotation requirement, Walter will be ready. He knows there is a lot to learn at TTM Hospital.

“I have heard about the diagnostic skills of the Samoan faculty and physicians, that their skill in diagnosing with little or no technology is truly impressive,” says Walter, looking forward to strengthening his critical thinking skills. And satisfying his curiosity.