Being able to continue working during the pre-clinical curriculum has always been a draw for students at Oceania University of Medicine. Third-year student Brent Meredith, a physician assistant living in Utah, has taken that option to a whole new level. 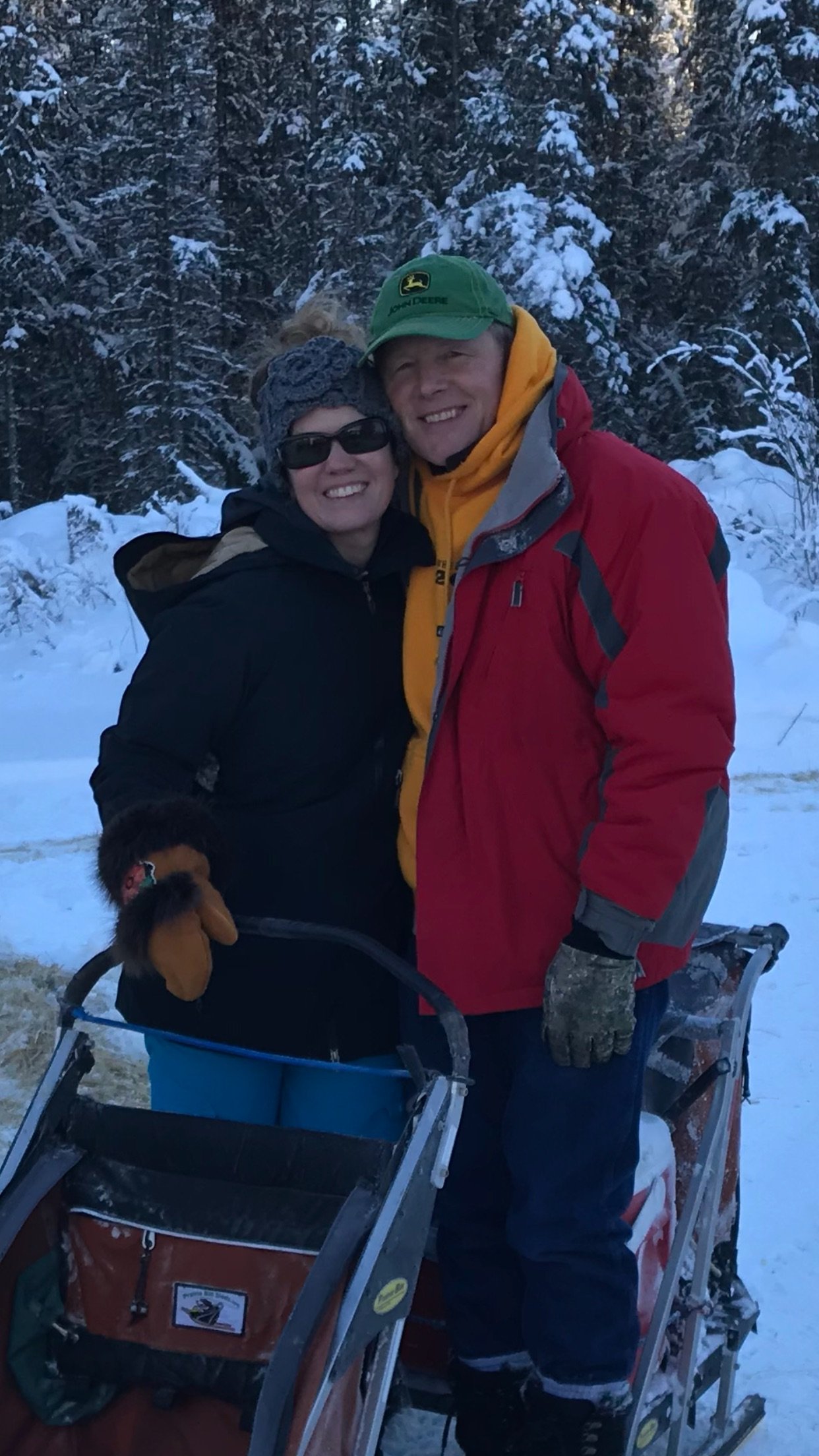 Shaunna and Brent at a dogsledding day with temperatures at -40° F.

For the past two years, Brent has spent two weeks at home with his wife, followed by two-week shifts providing emergency medical services at a Native American clinic in rural Alaska, 200 miles from the nearest hospital. If a patient needs hospital care, he arranges the medevac, and during each two-week shift he is also on call 24/7. During this time of year, -20° F (-29° C) is a typical temperature, according to Brent. They recently had a couple weeks of -35° F weather (-37° C) and the coldest he’s had is -60° F (-51° C). (The Fahrenheit and Celsius scales read the same temperature at -40°.)

“I had run out of excuses for not pursuing medical school. The kids were pretty much grown, they are now 21, 23, 25, and 27 and my wife kept pointing out how long I had been thinking about this,” says Brent. “She was the one who said, ‘shut up and do it.’ Plus, she got tired of hearing me say, ‘I wish I had gone to medical school.’ ”

But Brent knew he needed to make some career adjustments if he was going to have enough time to study and enough income coming in.

“I had known people who worked in the Alaskan oil fields and knew there was a need for medical services in the rural areas,” Brent said. The opportunity he eventually found offered the dedicated two-week chunk of study time at home; the clinic in Alaska also sometimes offers a good bit of study time between patients, he says.

Right around the time Brent enrolled at OUM, a parallel journey began for his wife, Shaunna. She began working on her undergraduate degree in Neuropsychology at the University of Utah and will soon graduate, beginning her own doctoral quest to become a clinical psychologist. Shaunna is still weighing the pros and cons of whether to pursue her PhD or a PsyD. 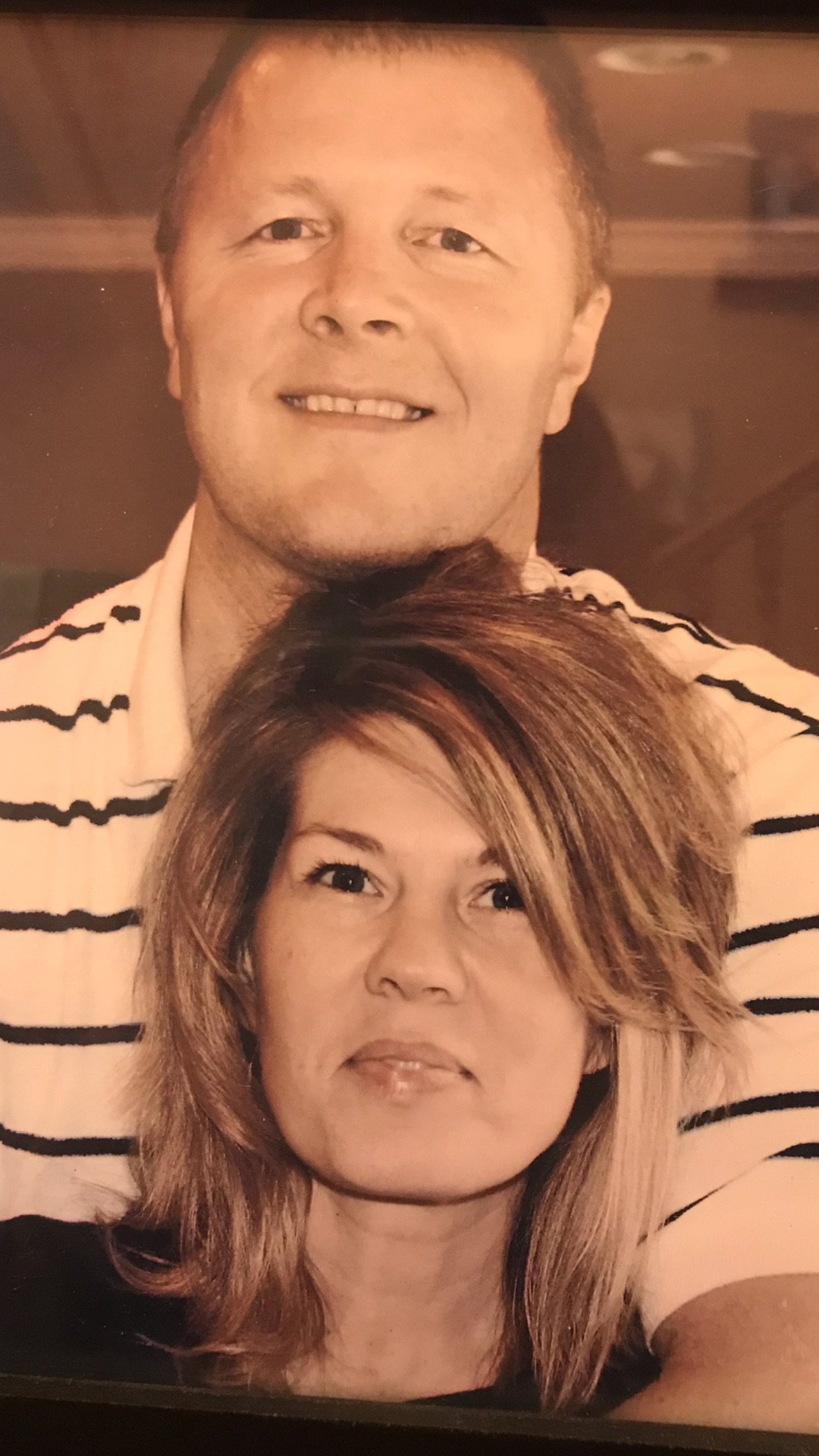 “To me, Shaunna’s is the bigger story,” says Brent, the proud husband. “She hadn’t gone to college until we returned to Utah and now she’s headed to graduate school with a 3.94 GPA.” He can’t say enough about the importance of having a strong support network during medical school.

“My wife has always been behind me 100 percent,” says Brent. “And those two weeks away every month have not been easy. If you don’t have the support of your significant other, I truly believe you need to rethink your interest in medical school,” is a message he shared with prospective OUM students at a recent Meet a Student webinar.

Having both Merediths attending their respective universities during the same time these past few years has obviously presented financial challenges, says Brent.

“So far, neither of us has had to borrow any money for school, which hasn’t been easy. It has taken a lot of sacrifice and long weeks,” he says, hoping he may be able to manage a bit of work between clerkships to continue their journeys with no loans.

Brent is expected to begin clinical rotations in the coming weeks, either in Chicago or in Houston where OUM is finalizing contracts. Like Jackson Park Hospital in Chicago, the Houston affiliate is expected to offer rotations to students from the US, Australia, New Zealand, and other countries.

Since he and his family spent 20 years in Texas, and he is licensed as a PA in the state, Brent clearly prefers to rotate in Texas, but he is prepared to go to Chicago if that is his best opportunity.

Thanks to his relationships with the University of Utah School of Medicine, especially in Surgery, the department chair has agreed to let Brent complete a surgical elective there. While he hasn’t been able to arrange for any of his core rotations in that system, he hopes his performance will turn into additional opportunities.

In addition to his professional contacts, Brent also has a family member at the University of Utah: His younger brother is a cardiologist. So how did his brother fit into the support network?

“He didn’t think I’d be able to handle medical school,” Brent said with sly smile that could be heard over the telephone. “But, I’m proving him wrong.” Clearly.