A former educator plans to affect lives, now through medicine

With a student body full of non-traditional students who transition to medical school from successful, often longstanding careers in other fields, third-year student Tom Dalton is no exception. But unlike many of his peers who arrive at Oceania University of M 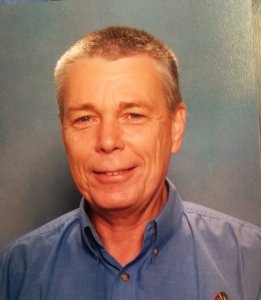 edicine as experienced healthcare providers, Tom arrived with two strong non-clinical career “chapters” noted on his CV: he had been both an educator and a Captain in the Royal Australian Army. His “chapter three” began, he says, with enrolment at OUM in 2017.

All three of Tom’s chapters actually began when Tom was still in school. As an Army cadet who eventually joined the Army Reserve in 1976, he says he wanted to study medicine, but hadn’t received the necessary grades. After being offered a teaching scholarship, he began studies in education. Over the years, he earned his Master of Education specializing in behavioural and emotional disabilities and started a number of school-based programs for special needs children which grew to outreach programs across school districts in New South Wales. Tom eventually became a principal at small primary schools through Education Queensland. 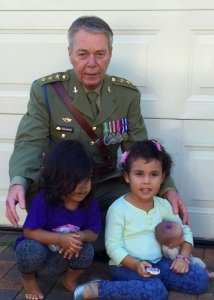 “I was involved with wholistic support programs for special needs students that included the welfare department, mental health support, students’ families, GPs, and paediatricians. This began to rekindle my thoughts to work in the medical world,” he says.

As time and life moved on, his initial desire to study medicine continued to fade, until graduate-entry programs launched in the 1990s. Tom again looked into medical school, but with a young family, new mortgage, and other responsibilities, becoming a physician still seemed unobtainable.

Frustration became the fuel for his transition from special education to school principal as he watched teachers and principals misunderstand the needs of children with emotional and behavioural difficulties. Tom eventually became a Teaching Principal, which meant while he was responsible for a school’s students and the administrative, curriculum, and staffing needs, he was also a part-time classroom teacher. The demands were astounding. 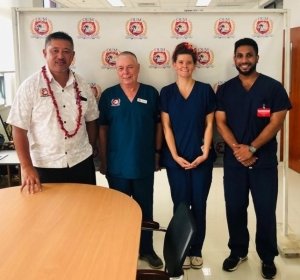 By Tom’s definition, top photo, is at the end of his Chapter One as a teaching principal with Education Queensland; center photo, is during Chapter Two with two of his granddaughters; bottom photo, clinical rotations during Chapter Three with Vice Chancellor Dr. Viali Lameko (left) and fellow students Emma Broughton and Isaac Katticaran.

As a result, he considered moving to full time service in Defence. Throughout his career in education, Tom continued in the Army reserves, progressing to infantry platoon commander.

“I was approaching 50 years old, so thought it was yet another unachievable goal. However, they took me in,” he says.

In 2010, Tom was serving in Afghanistan and saw the medical care provided by Médecins Sans Frontières (Doctors Without Borders) in places few would have ventured to at that time. Despite the years that had passed, he simply wasn’t able to completely deny his interest in becoming a doctor.

“When I was teaching and when I was in Defence, most of my time was spent in rural areas,” he says. “Seeing the need for more medical practitioners in those areas was one of the things that kept me looking into the process. I began seriously pursuing the medical school path about five years before leaving full-time service.”

A friend who was a Legal Officer in the Army had been looking into OUM and knew Tom had applied to Australian medical schools. He suggested that Tom also research OUM. In addition to scouring the University’s website, he attended a Meet the Student session and one of the sample lecture events. Tom also contacted the Australian Medical Council (AMC) to make sure OUM was acknowledged and that its graduates could be registered. They could. Knowing that the AMC recognized OUM became a key factor in his decision to apply.

As Tom was retiring from active service, he was contacted for an admissions interview by the University of Notre Dame’s medical school in Sydney. Likewise, he was interviewed by OUM.

“OUM got back to me first,” he says. “They said, ‘We would like to offer you a position’ and I said, ‘I’d love to accept that position.’ Then, I let Notre Dame know that I had been accepted as a student at another university.”

Like many other OUM students, the curriculum’s flexibility was a big selling point for Tom.

“The thing that really got me was that I didn’t have to stay in one location at the brick and mortar. I was free to move around from place to place, if needed, and I could still work,” he says. “I knew that Notre Dame had a rule that you could only work about eight hours per week, while in the program. They frowned upon any more than that. I knew I would need a lot more than that to make tuition payments and also put food on the table.”

Tom admits to some apprehension about going to medical school with so many career clinicians, some with decades of experience.

“I had to work somewhat harder on things like pharmacology and microbiology since others may have covered them, to some extent, during nursing or paramedic training, etc. To me, those were pretty much foreign languages, but I think I just wanted this bad enough that I was prepared to put in the time it took to master them,” he says, adding that commitment is very important. “If you aren’t committed to put in the study time, even if you have a clinical background, you will find this challenging.”

With the average age of OUM students currently 41 and a range going from 22 to 63, let’s just say that Tom is near the top of that range. Has it mattered?

“I don’t think there’s an age limit for learning. I think a mature age actually brings a lot to the study table. Once we got to system-based modules, and now in rotations, I can look back on my life experience and realize that I’ve had problems myself with some of these systems or known people who did. Younger students don’t have those experiences,” says Tom, who was elected president of the OUM Student Association in March.

He also enjoys breaking the stereotype surrounding life during retirement.

“When people ask me what I’m doing now that I’m retired, I say ‘I’m studying.’ When they ask what I’m studying, expecting me to say flower arranging or gardening, I say that I’m in medical school,” he says. “And everything goes quiet. You can tell that they are thinking ‘WHY are you doing that?”

He goes on to say that he’s never stopped studying, having completed yet another bachelor’s degree in training and development in 2016, a year before enrolling at OUM. The Defence department requires ongoing career development and study. Tom remains an active reservist, completing training/education projects for the military when time permits. He began clinical rotations in Samoa in June and will continue at TTM Hospital through year’s end.

Those years in the military also meant Tom moved a lot, which meant over the last few years he had missed time with his daughter, now grown, and his three granddaughters.

“When I started my studies, I chose to live near them so I could spend more time and help a bit with the girls. My downtime is spending time with the family,” he says, emphasizing the importance of taking a break from the studies. “You definitely need time where you step away from the books and give yourself some headspace. For me, one of the big traps is that I work remotely from home and I study from home, so I could become very locked away and isolated if I allowed myself, which wouldn’t be good for my work or my study.”

Which is why living so close to family has been important for Tom.

“My daughter and grandkids are my biggest cheer team. I think my granddaughters could even end up in medicine, because they’re always asking what I’m doing and wanting to hear all about it,” he says, which he has very much missed during clinical rotations in Samoa.

Now that twelve-weeks of Internal Medicine is complete and he has begun the twelve-week Surgery rotation, Tom is feeling more comfortable in the clinical setting.

“A lot of my peers have worked in hospitals as nurses, paramedics, and all sorts of jobs. They are very familiar with hospitals,” he says. “I knew when I started rotations that my first challenge was going to be feeling comfortable in the hospital. Until then, my experience with a hospital had been visiting someone.”

“Mine has been a fairly lengthy learning journey to medicine,” Tom reflects, “which allows me to consider wider uses of medical training and see that education is a very large part of good medicine. Now I’m in Samoa, a country of serious medical need, bringing the skills I developed along the way and strengthening new skills. Clearly, all things happen at their prescribed time.”