“It started when I was about six or seven years-old, and my siblings were younger. We grew up falling asleep to his ‘in the body’ stories. My favourite was about the pancreas,” says OUM pre-clinical student Jack McKevitt about his father’s bedtime stories. Jack’s father is a doctor.

His father’s stories lit the spark that led to medicine

As a child, Jack McKevitt’s father told him stories at bedtime. Not particularly unique for a parent to do, but these stories were not from any children’s book. Jack’s father is a doctor who works in the Brisbane area. He told each of his four children their own bedtime stories about the body.

“It started when I was about six or seven years-old, and my siblings were younger. We grew up falling asleep to his ‘in the body’ stories. My favourite was about the pancreas,” says Jack who is now in the clinical phase of OUM’s program, having completed his system-based modules (SBMs) in December. (See The Magical Pancreas below.)

Perhaps those stories contributed to Jack’s enjoying the sciences as he grew up. In year 12, he elected to study Biology, Physics, and Chemistry, a very full course load.

“Unfortunately, I didn’t apply myself as I should have, so didn’t end up with the grades that would allow me to enter medical school straight away. I had secretly wanted to be a doctor for as long as I could remember, but didn’t think I would ever get the opportunity,” he says. 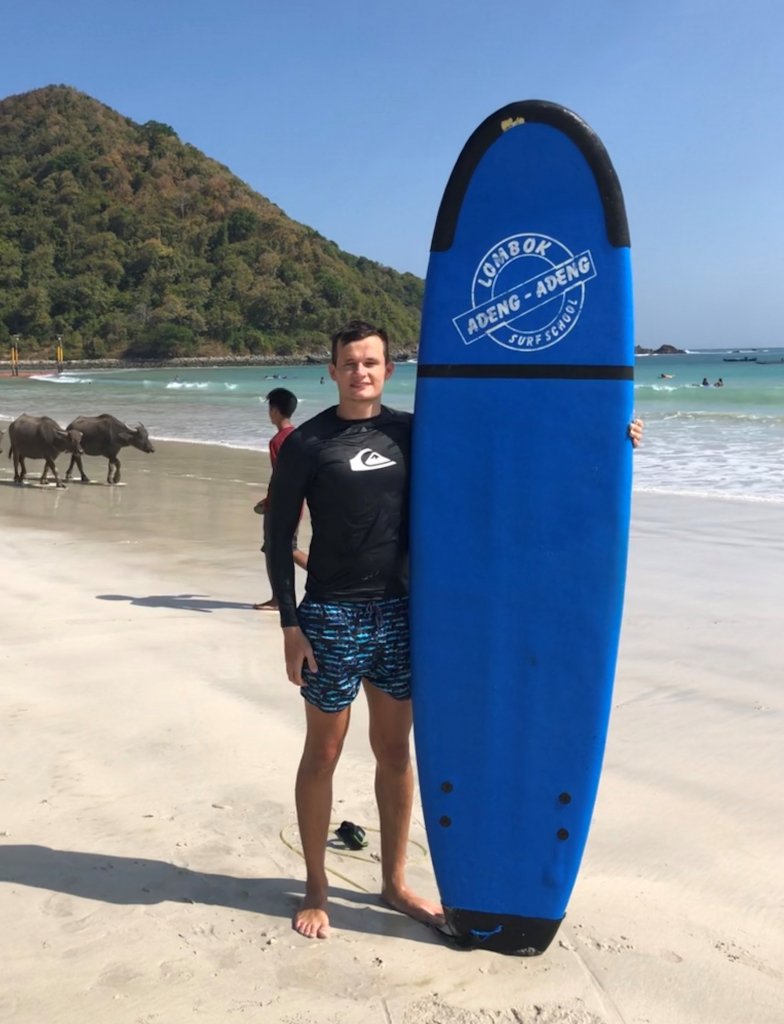 Since his interests had always been in health science, Jack chose to complete a Bachelor of Pharmacy degree at the University of Queensland (UQ) in Brisbane. He says that during his fourth year in pharmacy school, something “clicked in his brain” and he finally developed efficient study skills.

During his pharmacy studies, Jack worked as a theatre orderly in the surgical theatres at Greenslopes Private Hospital and North West Private Hospital, both in the Brisbane area. His responsibilities were varied, from transferring, transporting, and positioning patients to collecting, preparing, and connecting theatre equipment to their respective machine stacks. At the end of operations, Jack moved patients into recovery. He was able to observe many operations, ranging from bariatric and cardiac to orthopaedic and obstetrics/gynaecology.

“My favourite was always a Caesarean section. Seeing a newborn baby is a magical experience and one that I look forward to seeing again in my surgical rotation. It never grows old,” he said, adding that he believes his wide-reaching experiences will help with those surgical rotations, which aren’t far away.

Jack took the GAMSAT and applied to traditional Australian medical schools, but they are highly competitive and neither his exam scores nor his undergraduate grades qualified him for the programs.

“I had heard about OUM a year before I began my application process,” says Jack. “My father had helped teach a couple of OUM students. Plus, he had a close friend whose son was already three years into the OUM program (Dr. Marcus See, Class of 2020). I was accepted and started the program mid-year 2019,” he says.

But Jack had not yet closed the chapter on Pharmacy. He applied to OUM right after finishing his degree — with Honours — but to become a fully registered pharmacist in Australia, he needed to complete a one-year internship. So, Jack began his first year of medical school at OUM while he was also working full-time as an intern pharmacist and completing the required intern assessment. Any regrets?

“I don’t regret a thing. Personally, I believe that if I had been accepted into medicine straight out of school, I would have failed the course. I think it was working full-time, completing my intern assessment, and beginning my medical school studies that finally gave me the time management skills I lacked at UQ-Pharmacy,” he says. “Working as a pharmacist is amazing. I work as a community pharmacist in Brisbane and find it really highlights the things that I am good at — talking to people and sharing health science medication knowledge,” Jack says.

Bonus: Had he not applied to the pharmacy where he worked right after earning his degree, he would not have met his partner, Sana, also a pharmacist. Now a hospital pharmacist, Sana and Jack met when he was an intern, and she was fully qualified.

Healthcare appears to be a family business. Jack’s father, Dr. Nicolas McKevitt, is an Anaesthetist in ten hospitals around Brisbane. His mother, Samantha, works as a nurse.

The eldest of four children, Jack has a brother, Josh, and twin siblings, Polly and Jacob.

“Josh completed a Biomedical Science degree and is a scientist/engineer for an Australian company that processes patient lab tests,” Jack says, “including COVID-19 PCR tests.” OUM also has a set of siblings in the student body now — Jacob McKevitt joined his brother, beginning the MD program in January.

Has there been a “best part” of medical school, so far?

“During my SBMs, I often came across a pharmacy patient who suffered from a disease that I was currently studying or had recently covered in the course. It was always eye-opening (not to mention, even a little spooky) and allowed me to have a deeper conversation with the patient. As intelligent as pharmacists are, we only learn a small part of medicine, mainly focused on drug knowledge,” explains Jack, noting how rewarding it was to help his community pharmacy patients more thoroughly because of his medical studies. He shared an example:

“A patient presented to the pharmacy requesting a Ventolin (asthma) inhaler. He had a long history of frequent use, which is a red flag. I did a visual inspection, asked some probing questions, and realized he fit the symptoms of Alpha1-Antitrypsin deficiency, otherwise known as a ‘Pink Puffer’. This is much more than simple seasonal asthma. This disease slowly melts your lungs from the inside out. Not nice. Once I knew this diagnosis, I gained a greater understanding of this patient, and in turn, would avoid confronting him each time he asked for an inhaler. I had learnt about this disease less than two days before he came into the pharmacy,” he says.

What advice would Jack give to people considering medical school at OUM? Two things, he says, time management and surf.

“I am a firm believer that many of my pharmacist colleagues could complete a medical degree, but they lack the time management skills that I happened to work out when I was studying Pharmacy. I got really good at breaking down material into bite-size pieces, which meant that the initial challenge wasn’t as daunting,” he says. Jack also has a rule of three. “One, read the lecture — two, go through it with Dad (or someone willing to listen) — three, go through the content again right before the weekly quiz.”

So where does surfing fit in?

“My weekends are especially important to me. I use them to decompress and restart my week. I usually head to the Sunshine Coast and go for a surf, which helps me reset,” says Jack. “The feeling of getting on a surfboard early in the morning, getting out onto the water, taking a deep breath, and exhaling slowly, while watching the sunrise, is one of the most relaxing feelings in the world. If I could get everyone to do this, I am sure we would all live permanently happy lives.” Sage advice. 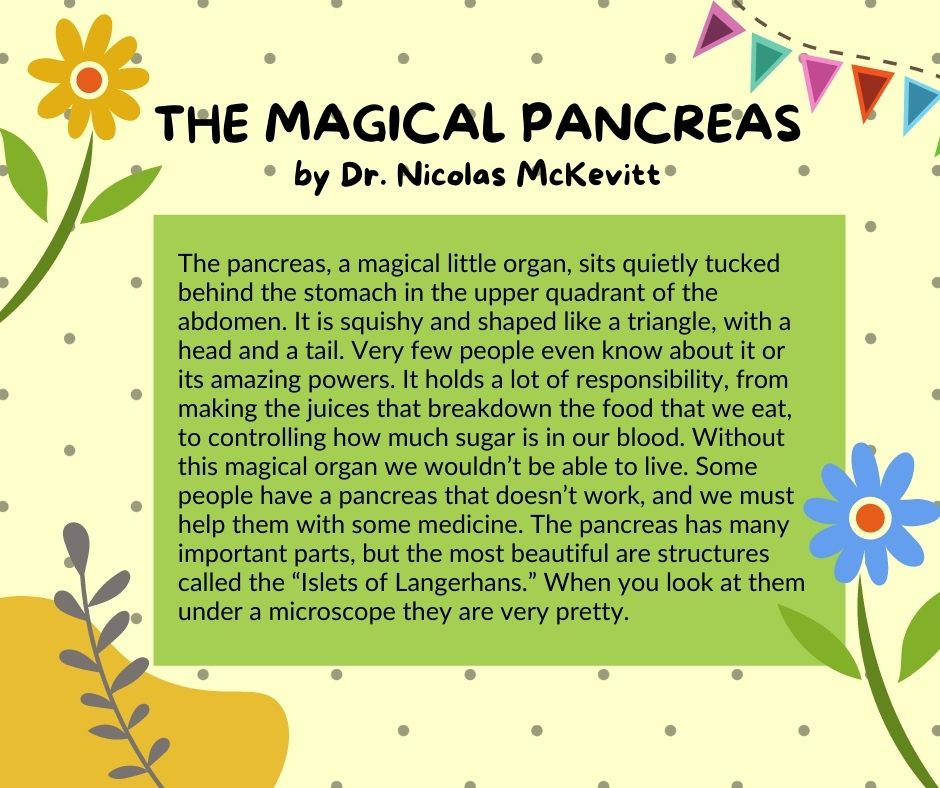