Building her first practice as the playground medic

Dr. Tatiana Lykina grew up in Estonia, at one time part of the Soviet Union, which borders on the Baltic Sea in Northern Europe. It was a time when kids spent most of the day playing outside.

“If any of my friends got hurt, someone would say ‘Go find Tatiana!’” she says. “I was the one who always cleaned up the cuts and skinned knees and snuck into the house for bandages. No one else wanted to deal with blood or go inside.” 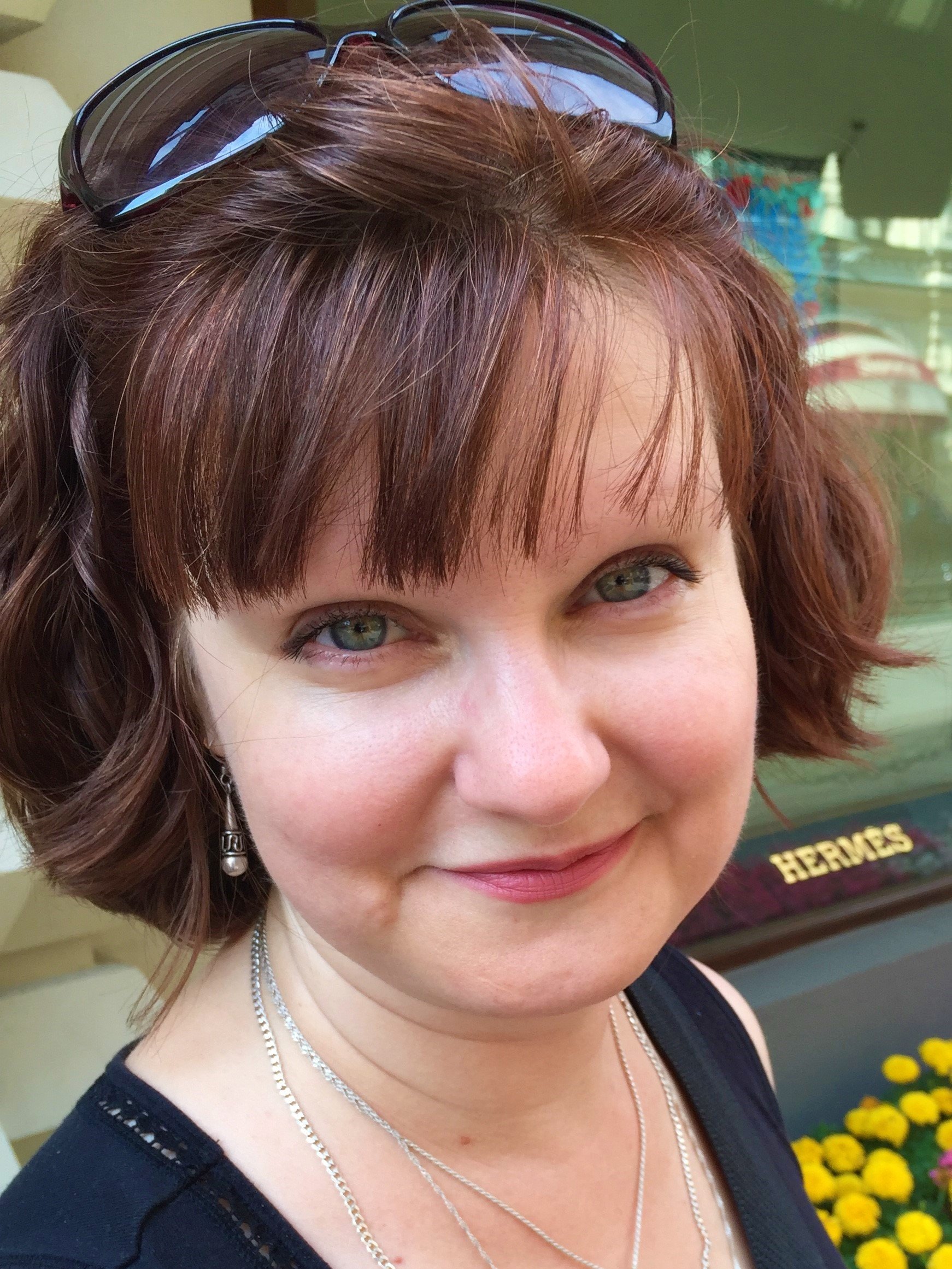 But even before she was the playground medic, she had an experience with medicine that she had long forgotten, until she was a medical student.

“While I don’t remember it, according to my mother I went to the doctor for a minor procedure. So minor that she doesn’t remember what it was, and she said I was so young that I may still have been a toddler. Early during medical school, my classmates and I were watching as a doctor got ready to show us a procedure and I had one of those ‘I’ve been here before’ feelings. I remembered the white coats, but mostly the sound and smell of the sterilized instruments as they were brought out,” recalls Dr. Lykina. “My mom said that as long as she can remember, I wanted to be a doctor and she always felt that early experience had something to do with it.”

Perhaps Dr. Lykina’s experience with an international university like OUM is not by chance. She chose to attend one herself.

“I went to medical school at Kursk State Medical University in Kursk, Russia. It was known to be a leader in accepting and training international students. It also was one of the few medical schools in the country with a curriculum taught entirely in English,” she says. “The majority of other medical schools only taught the first year in English, then the remaining pre-clinical and clinical studies were taught in Russian, Ukrainian, etc.”

She wanted to be a researcher

Dr. Lykina realized early on in medical school that she was most interested in subjects which allowed her to do research in addition to seeing patients. Endocrinology and Immunology were early favorites.

“I remember that the doctor who led our immunology rotation was especially skilled at connecting the science and the clinical care. She made the topic very interesting and I remember having the opportunity to really follow patients and watch them get better,” says Dr. Lykina, who eventually developed a practice and interest, both clinical and research, in chronic disease, compliance issues, and researching allergens for immunotherapy.

In the Russian education and professional training system, the Allergic Disease specialty is taught together with Immunology, so doctors like Dr. Lykina complete their training with the qualifications “Immunologist and Allergologist.”

After completing her medical degree, about a year into her PhD program, she was approached about teaching.

“I was very interested in preparing the next generation of doctors,” says Dr. Lykina. “I wanted to make students not just interested, but hopefully, passionate about learning like I had been as a medical student.”

She also wanted her students to learn some of the things that aren’t typically in textbooks, like the stress they can expect, how finding work/home balance can help with that, the suffering they will see, and the need for empathy. She says you also are not prepared for every patient you may encounter. Over the last few years, Dr. Lykina gained an especially personal perspective on the management of chronic disease when her mother became a diabetic.

“Regardless of who the patient is, with chronic diseases such as asthma or diabetes, they have to really understand their condition and the consequences related to non-compliance. They must believe what you tell them, because patients play a very active role in whether or not they get better.”

All told, with medical school, post graduate training and years on the teaching faculty, Dr. Lykina spent 17 years at Kursk. She says having students from Brazil, India, Malaysia, Nigeria, Egypt, Russia, and other international locations not only enriched the learning experience but made nurturing friendships even more fun because effort was always made to share and learn each other’s traditions. 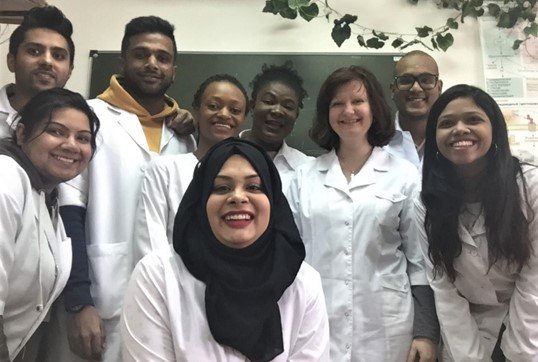 “It broadens your view of the world,” she says, “and you come to understand that ‘tolerance’ is not just a word,” she says. “I always enjoyed sharing my traditions from growing up in Russia.”

Dr. Lykina broadened her international perspective even further when she accepted a faculty position in 2012 and spent the next four years at the University of Dodoma in Dodoma, Tanzania, in east Africa.

“The University took part in a government program to invite professors from other countries with experience teaching math, the natural sciences, biochemistry, and the health sciences to come to Tanzania. At the time, I had 12 years of teaching experience and even though I was a single mom, I looked upon it as an adventure for my son and I.” Today, her son is 20 years old and studying Biology in Russia.

When they arrived in Tanzania, Dr. Lykina made friends with another new Dodoma faculty member, also from Russia. They began collaborating on  research which they still do today, having published “Antibiotic Knowledge, Attitude and Practice of Use Among Early Years Medical and Non-medical Students in Tanzania” in the September 2020 Acta Medica. That colleague, Zanda Bochkaeva, PhD, became an Academic Advisor at Oceania University of Medicine in 2015 and is now a Research Advisor, as well.

“She really liked the OUM program and encouraged me to look into it,” says Dr. Lykina. Around the time she returned to Russia and to Kursk State Medical University, she became an Academic Advisor for OUM students. No longer teaching at Kursk, today she is also a Research Advisor and Mini Case Facilitator.

Proud to work with adult learners

While she sees geographic and cultural diversity in OUM’s student body similar to what she enjoyed at Kursk, Dr. Lykina says OUM’s largely adult learners have a different perspective on attending medical school than medical students in their early to mid-20s. Those non-traditional students are one of the reasons she enjoys the OUM environment.

“I like that most of OUM’s students made a very conscious decision to study medicine and become physicians. They are motivated and fascinated by what they learn, which makes me proud to work with them and help them,” Dr. Lykina says.

That experience became even more enriched as she began working with students as a Research Advisor. “They know what they are interested in and I find myself taking on their enthusiasm. I’ve taken to reading about their topics so I can learn more myself.”

Like many of OUM’s students, Dr. Lykina notes flexibility as another of OUM’s positives.

“That flexibility allows both students and faculty to make life full for ourselves, our patients, and our families,” she says, referring not just to benefits like recorded lectures, but the need to be flexible with one another. “I tell my students that family is ‘number one’ for all of us. Since it is for me, I understand that it will be for them. I remind them to let me know if an advising meeting needs to be rescheduled and we’ll make it work. While the curriculum allows them to make medicine part of their lives, we also need to all respect each other’s time.”

Whether growing up in Estonia, trading traditions at Kursk, teaching in Tanzania, back to Russia, or advising OUM’s diverse population, Dr. Lykina’s love of different cultures has always been a common denominator. She chuckles that she even has an “international marriage.” Her husband, Ned, is British and a former officer in the Royal Navy submarine service.

“Different habits, different opinions, looking at situations from different angles, but similar climate and seasons,” she says of her husband and their decision to live in Russia where the Baltic weather is similar to the UK. “All of those things make life spicy.”